(Bittel, J.: National Geographic 02/2016)
The mosquito—tiny, frail, eminently squishable, and yet capable of such destruction. In the wake of a rapidly expanding Zika virus epidemic, many have talked of declaring war on the insect responsible for transmitting many of the world’s worst diseases. (Related: "Photos of the Desperate Effort to Control Zika Virus.") 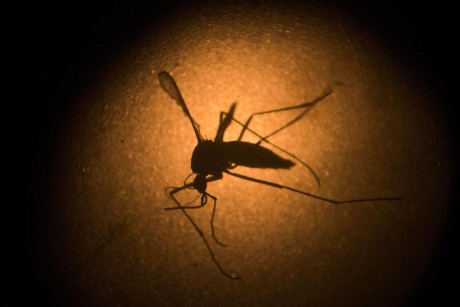 
But what would happen to the environment if—poof—all the mosquitoes simply disappeared? The short answer is no one knows.

There's no question, though, that each of the 3,500-plus mosquito species has its own role to play in nature.

Male mosquitoes, for instance, eat nectar, making some species major pollinators of plants such as some crops and flowers—even orchids.

Similarly, mosquitoes of all ages and sexes serve as an food source for all kinds of creatures, such as fish, turtles, dragonflies, migratory songbirds, and bats.

What About Bats?
Perhaps more than any other animal, bats are often touted as being the mosquito’s greatest nemesis. Surely removing all the mosquitoes would affect bats more than most?

Not so, says Winifred Frick, a bat biologist at the University of California, Santa Cruz.

Most bats are actually generalist predators, meaning they eat whatever they can catch—mosquito, beetle, or otherwise. (See "6 Bat Myths Busted: Are They Really Blind?")

“There aren’t any bat species that specialize specifically on mosquitoes,” says Frick.

In fact, some mosquito species are most active during the day, meaning bats would have very few opportunities to feed on them at all. Interestingly, two notable day-biting mosquitoes include Aedes aegypti and Aedes albopictus, the species most implicated in the recent cases of Zika virus.

However, it could turn out that the methods we would use to eradicate mosquitoes, such as pesticides like DDT, would be more deadly to bats than less prey, she says. (See "Hitting Mosquitoes Where It Hurts.")

“I’d worry that the collateral damage of extensive pesticide spraying could have very dire impacts on bats as well as other wildlife,” says Frick.

Mysterious Mosquitoes
For other species, “removing mosquitoes entirely could have consequences we can't predict,” says Ann Froschauer, a public affairs specialist for the U.S. Fish and Wildlife Service.

The overarching problem is we don't know enough about how mosquitoes fit into the food chain. (Also see "The War on Bugs.")

Plenty of research has unraveled food webs of bigger mammals, such as lions or leopards. And for good reason—they're much easier to observe than tiny mosquitoes, which often breed in temporary pools of water.

Obviously, if you remove an animal from these ecosystems, something would change, says Marm Kilpatrick, a disease ecologist at University of California-Santa Cruz. But would the impact be something the average person would notice?

“I’ll say that we don’t know the answer, but my hunch would be no,” says Kilpatrick.

"Little Things That Run the World"
However, from the perspective of disease transmission, the eradication of mosquitoes would have massive consequences for global health.

Mosquitoes are the primary vector for malaria, so if they disappeared, malaria certainly would too. According to the World Health Organization, about 438,000 people died from malaria in 2015.

And humans aren’t the only ones laid low by mosquito-borne diseases.

Prior to the 1800s, mosquitoes did not exist on the Hawaiian Islands, so the wildlife there had no natural resistance to the diseases they can carry. When mosquitoes arrived as hitchhikers on human ships, countless species of native Hawaiian birds were decimated by diseases such as avian pox virus.

Whether or not the total eradication of mosquitoes is even possible—it probably isn't—there's still so much we don’t understand about what biologist E.O. Wilson once called "the little things that run the world."